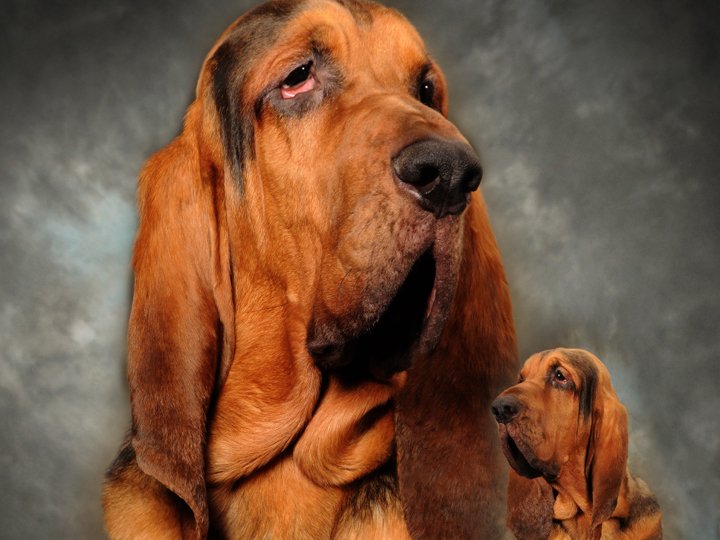 The Champion for Health Award is sponsored by the Orthopedic Foundation (OFA) for Animals. Health contributions remain the number one criteria in the selection process for this award. Nominees should have as a minimum the required CHIC health tests for bloodhounds. These are hips (OFA), elbows (OFA), and cardiac (OFA). The nominee should also have significant accomplishments- as a show dog, a top producer, a working dog, or in service to the community, etc.

Nominations are submitted to the ABC Health Committee. The recipient is selected by OFA, based on recommendations from the Health Committee. The award will consist of an engraved silver medallion, and a $100 donation to the AKC Canine Health Foundation in the name of the honored dog. The award will be presented at the club's annual awards banquet (National Specialty).