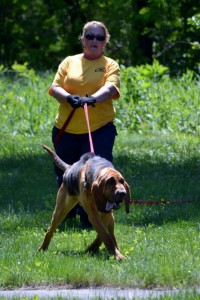 The hills are alive with the Sound of Music, go the lyrics to a well known Oscar and Hammerstein song. But in Virginia, around the towns of Aldie, Middleburg and Leesburg, the hills (Blue Ridge Mountains) were alive with the sounds of Bloodhounds baying. Headquartered at the National Beagle Club near Aldie, VA, Bloodhound handlers from across the USA, Germany and Brazil were serenaded daily with various melodies.

For those individuals whose profession is working a Bloodhound and for others who volunteer their time and dedicate themselves to search and rescue via providing a trained Bloodhound team, the annual week long VBSAR (Virginia Bloodhound Search and Rescue) seminar co-sponsored this year again by the Middleburg Police Department is the place to be in spring.

The instructors and many attendees in this organization have been invited internationally to teach and conduct seminars in mantrailing and many are active in various regions supporting American Bloodhound Club sport mantrailing events as judges and training search and rescue guides. The logistics of this event, now well into its second decade are vast, but local and county law enforcement, town governments and citizens annually support this training and welcome the Bloodhound handlers. 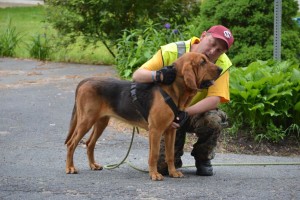 The historic town of Middleburg, VA, often photographed with riders on horseback in full hunting regalia following a pack of Foxhounds, openly welcomes VBSAR attendees. Through its streets, shops and common areas putting out bowls of water and offering homemade dog biscuits. Traffic slows and watches as the Bloodhound teams work on Main Street and around town. Loudoun County, VA and its Fire Department open their meeting areas for classroom time in legal coursework.  Franklin County Commonwealth attorney and ADAs come and speak on dog case law as it pertains to mantrailing work, testimony in court, and Bloodhound evidence and documentation of training.

Since many of the attendees will in the future or have already needed to testify in court as to their hound’s trail, these are valuable courses and law enforcement personnel qualify for continuing education credit. Additionally, scent theory class, as well as scent articles, lead control, voice inflection, and documentation class/course began the Search and Rescue seminar this year.

At a mid-week meeting and ceremony the organization recognizes with annual awards those who have made overwhelming contributions to their communities working a Bloodhound. This year, Terri Heck and K9 Merit from Summit Search and Rescue were honored with the Lifesaving Award.

Congratulations to Terri Heck and Merit on this most deserved recognition!

Article and photos by Adriana Pavlinovic 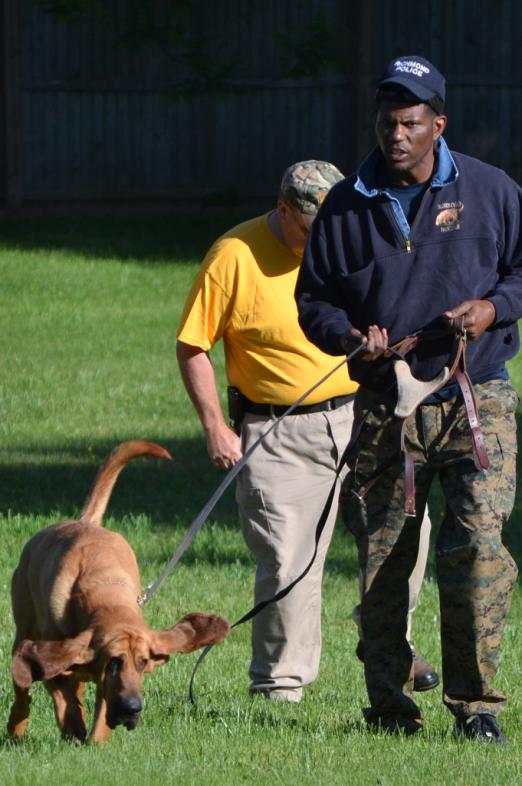 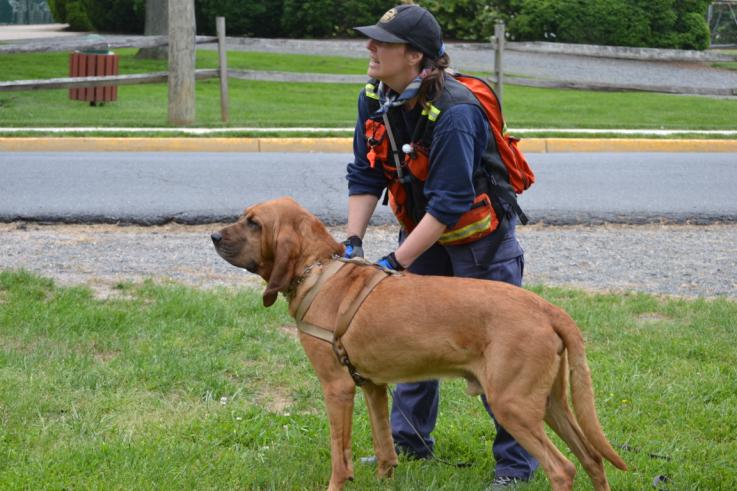 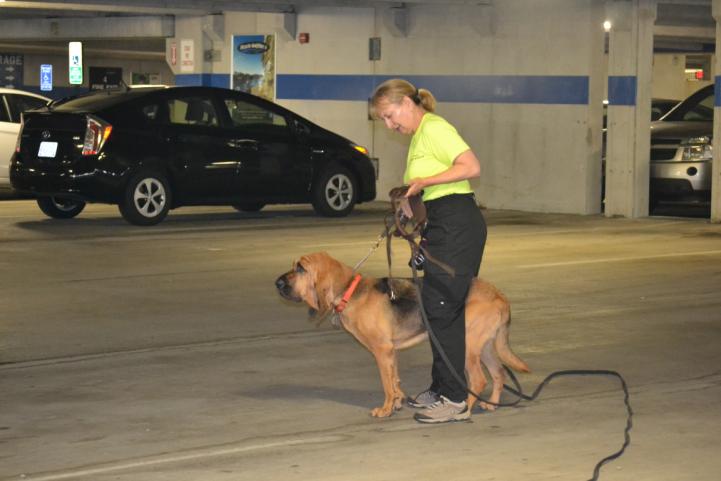 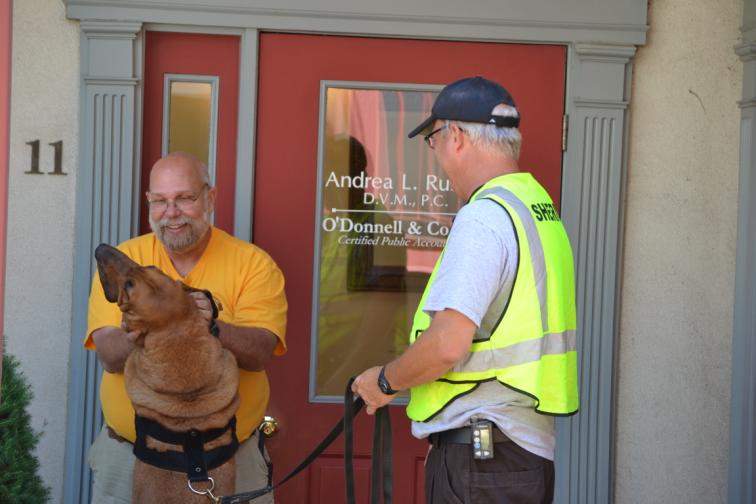 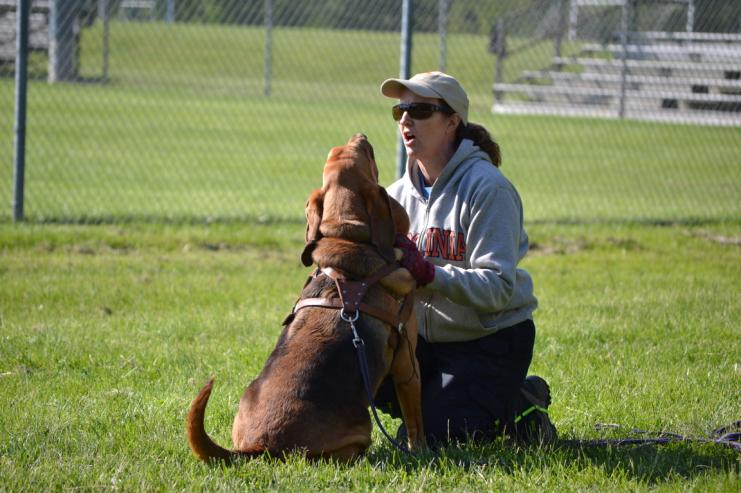 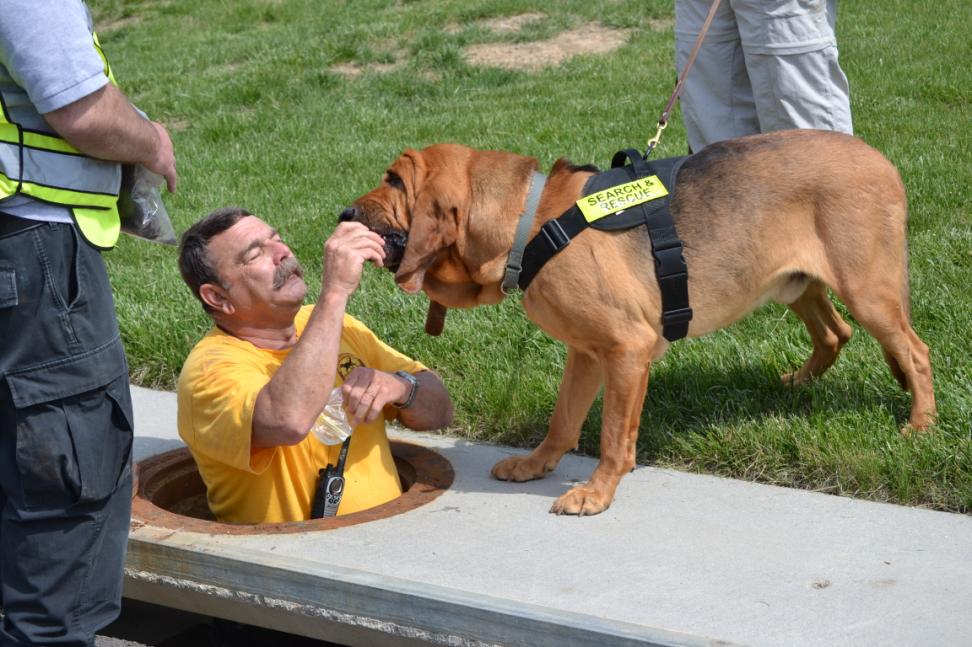 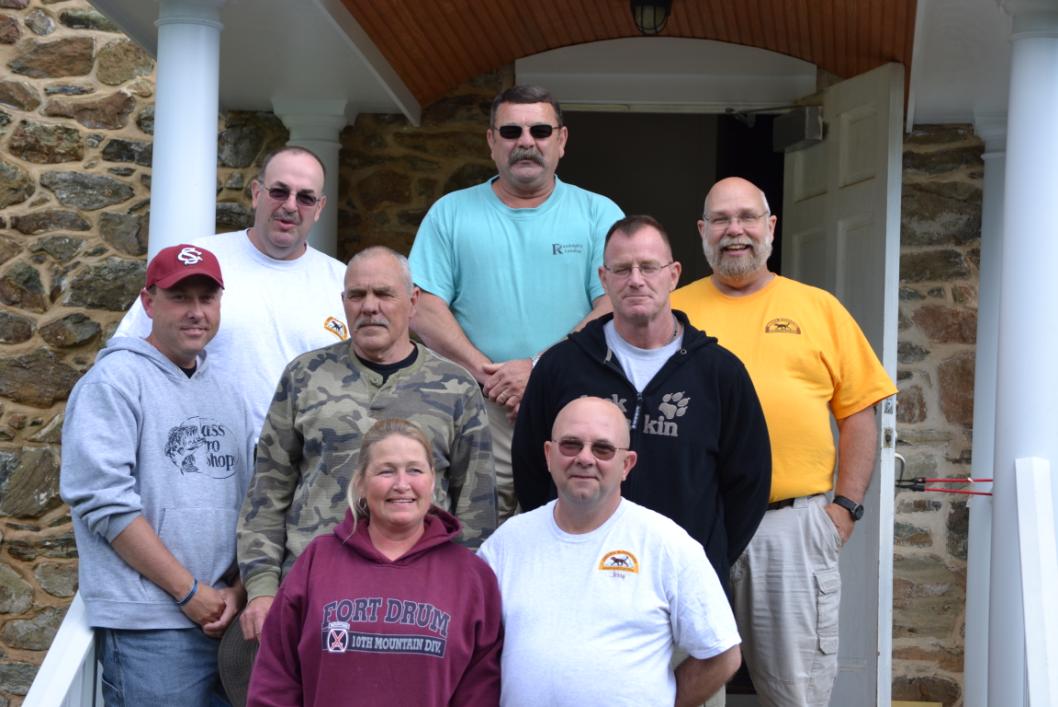 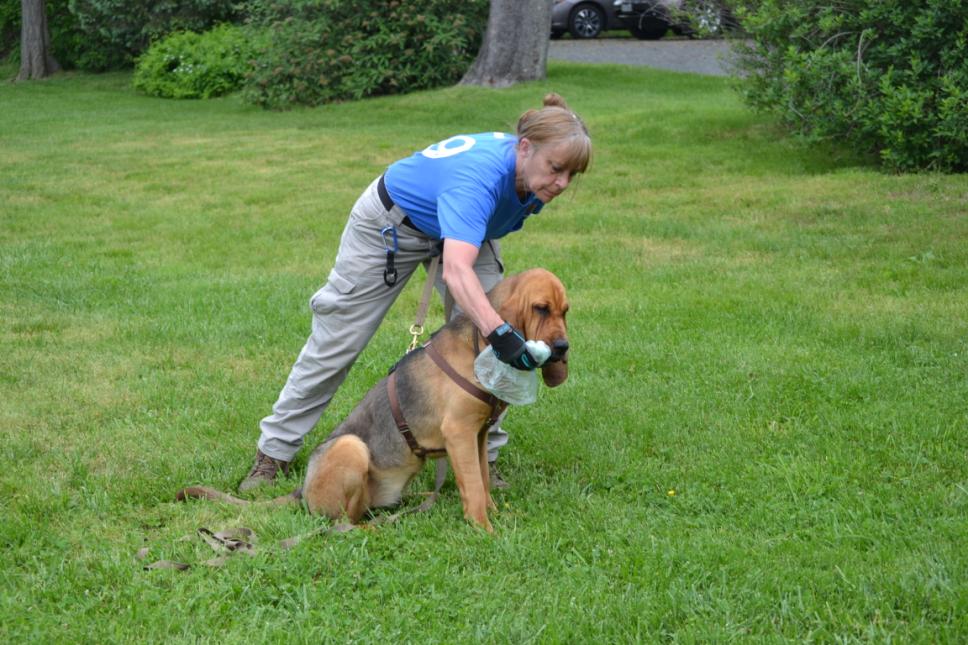 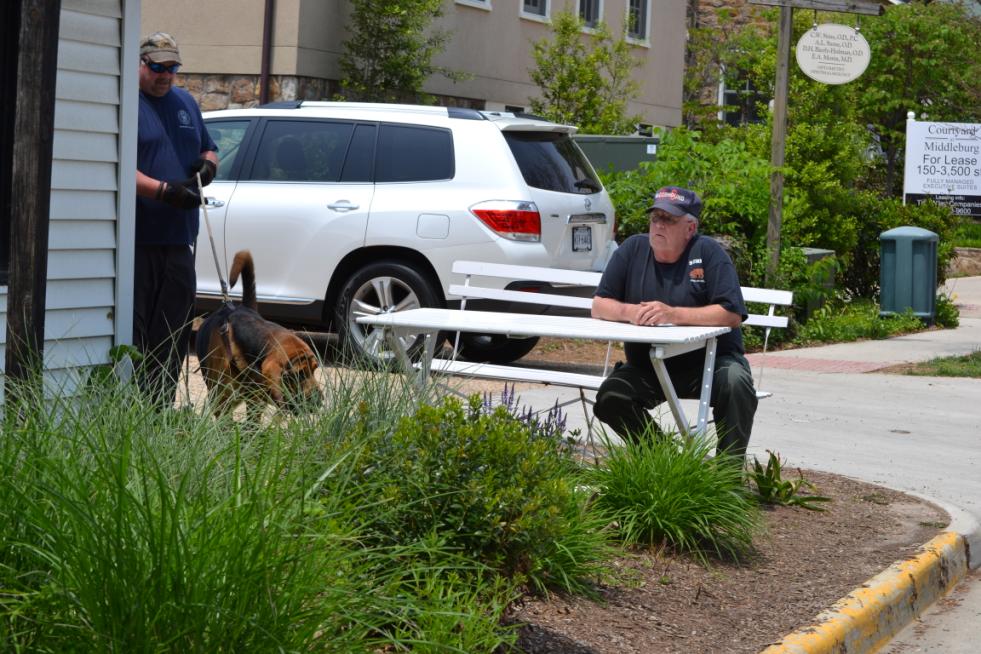 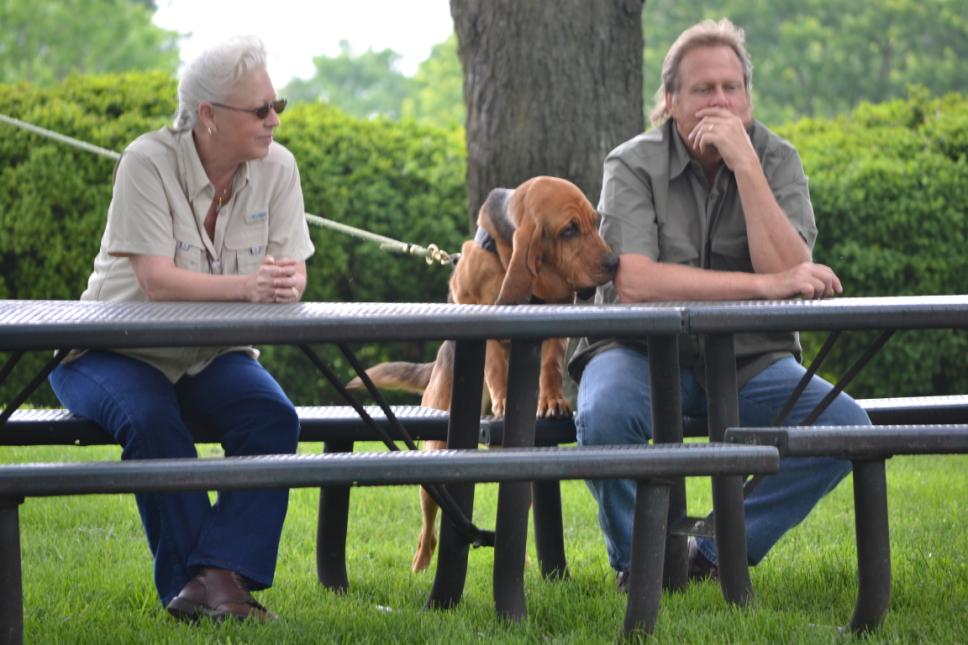 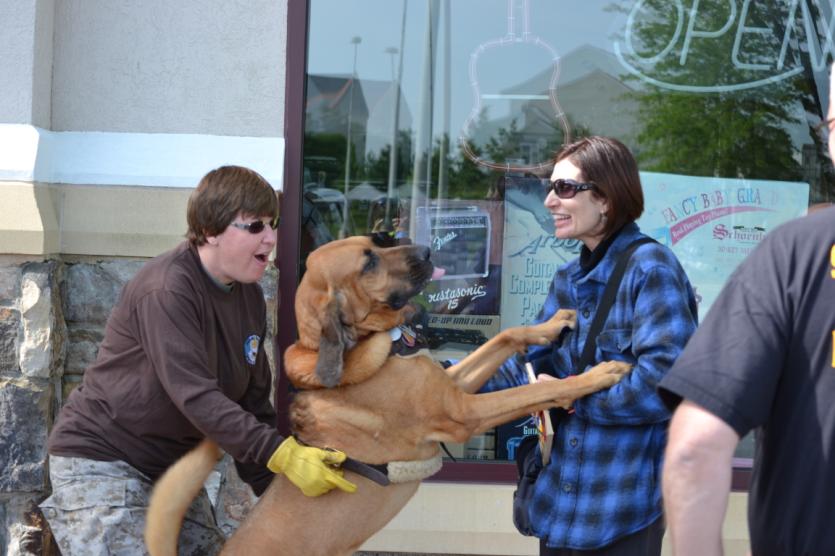